Interior designer and ex-Head of Marketing & Communications for COS Åsa Eriksson-Ahuja, has unveiled the world's first tea humidor. 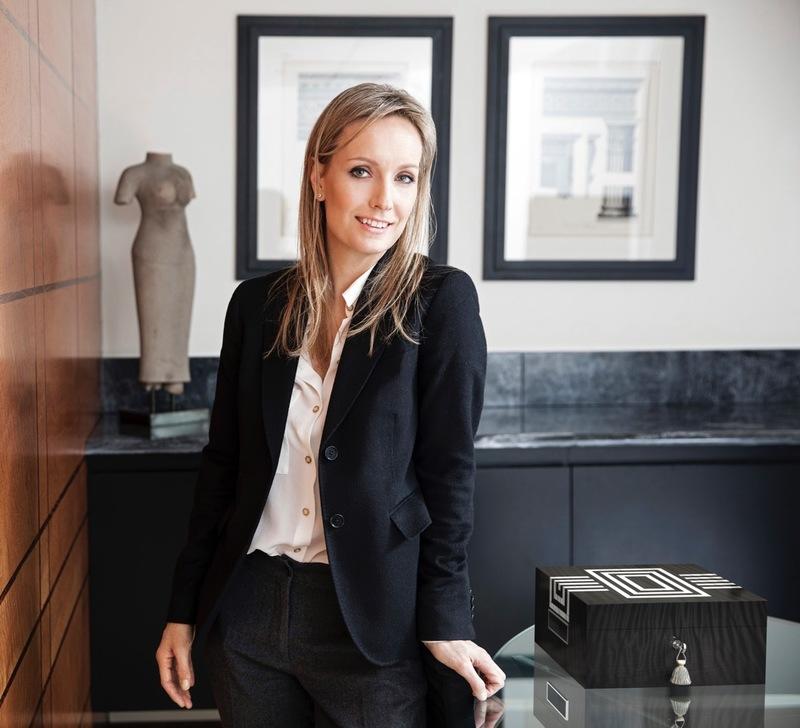 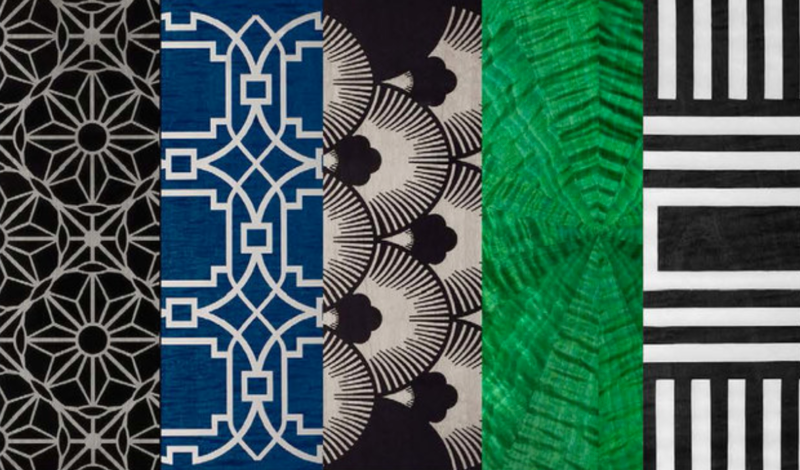 FINE: Could you please briefly introduce yourself using one sentence?

Asa Eriksson-Ahuja: I am London-based internationalist, of Swedish origin, who loves to create beautiful and functional objects, as well as spaces - when I am not doting over my growing family. 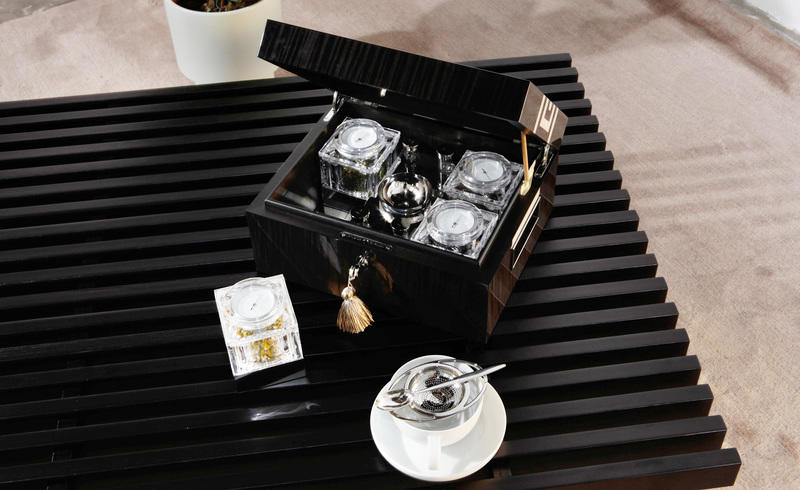 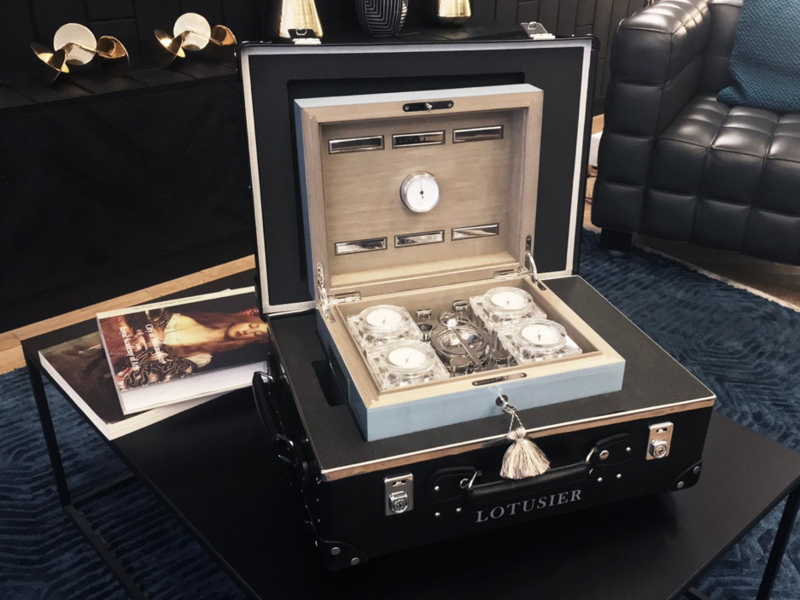 FINE: We have known that the initial prototype of the Tea Humidor is for your husband as a special gift. What is the role of tea in your family? Can you share a most memorable client and their story with the tea humidor?

Asa Eriksson-Ahuja: Tea plays a multi-faceted role in my family - it is much more than just a breakfast drink or pick-me-up. Tea is incredibly versatile and perfect for both reflecting, as well as inducing, so many different moods and marking family occasions. It is the one beverage that every family member drinks, spanning the generations from grandparents to even my 2-year-old son (who loves to drink chamomile flower tea with honey - though this is technically a tisane and not a tea, as it does not derive from the Camellia sinensis plant). My teetotal husband is a passionate tea aficionado, with a great fondness for fine teas from across the globe, above all Asia. So, tea is at the heart of our shared moments as a family, a symbol of warmth and our common bond.

We are fortunate to have a great many remarkable clients who appreciate and purchase our Tea Humidors - many of whom are widely considered arbiters of good taste and trend-setters - from captains of industry to members of royal families across the world, along with Oscar and Grammy award-winners. It is very flattering to have received such favour from so many discerning individuals, but we value and respect the privacy and anonymity of our clients.

One amusing story of a client that occurred recently was when a very well-known Hollywood actor telephoned us to ask if he could store "medicinal herbs" in the Tea Humidor he had bought. This turned out to mean marijuana, which is of course legal in California! He even offered to promote this to his millions of followers on Instagram. We tactfully explained that we make our humidors for tea exclusively, and that is all we can endorse, but our customers are free to choose what they wish to store in them, of course. 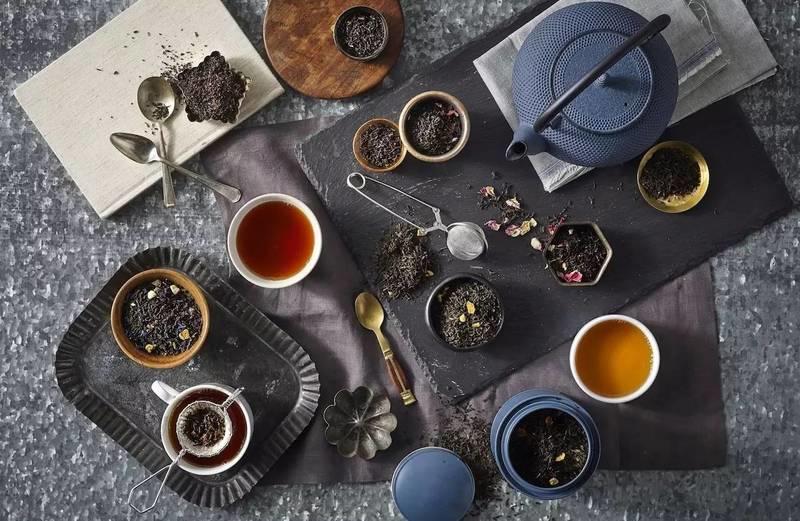 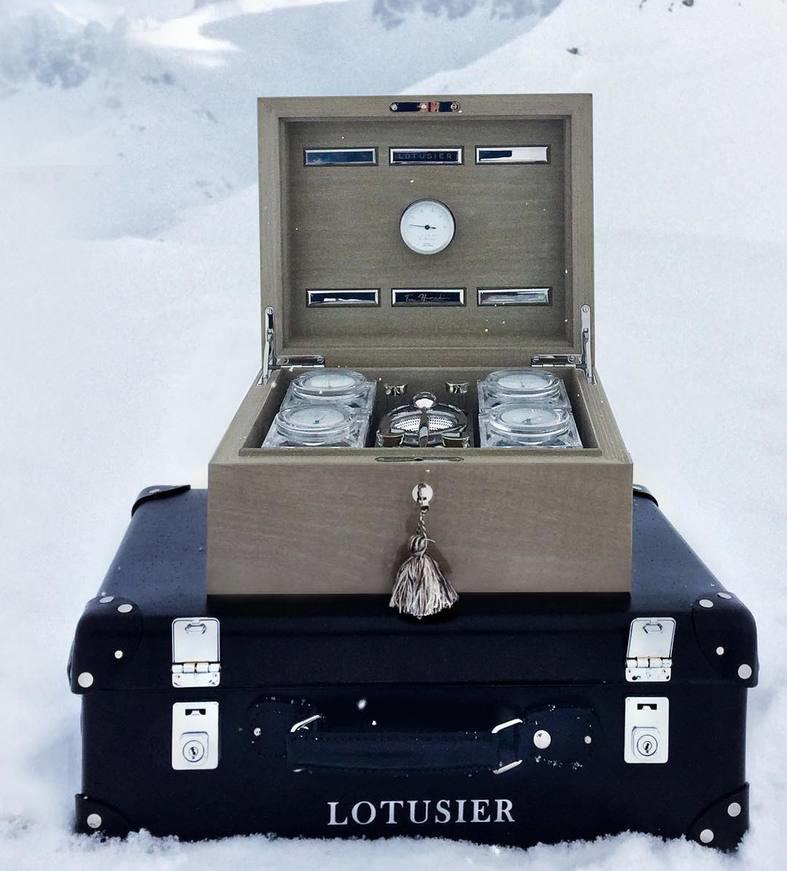 FINE: Can you share with us which kind of tea is your favourite and did it influence your initial idea when developing the tea humidor?

Asa Eriksson-Ahuja: We have a number of favourite teas that vary according to the occasion. Along with robust black teas over breakfast, we also enjoy delicate oolongs and stench as if we wish for something lighter during the day. A particular preference (especially in Autumn) are some "second flush" Darjeelings, which have a delicately sweet, muscatel flavour with fruity hints and notes of hazelnut and caramel - as distinct from the more leafy and floral taste of the prized "first flush" Darjeelings. We also enjoy the smoky flavour of Lapsang Souchong and are devoted admirers of the exquisite Keemun black tea from Anhui province in China.

What influenced the idea for the Tea Humidor was that my tea enthusiast husband liked to make teas with him on his business travels around the globe. However, he found that his teas would often spoil in humid climates, such as in Bombay in India (where we have a home) in the monsoon season, or in very dry regions, such as the Middle East. So, I devised the Tea Humidor as a unique and much-needed way to control and regulate the humidity of multiple teas simultaneously, all stored together in one bespoke home. 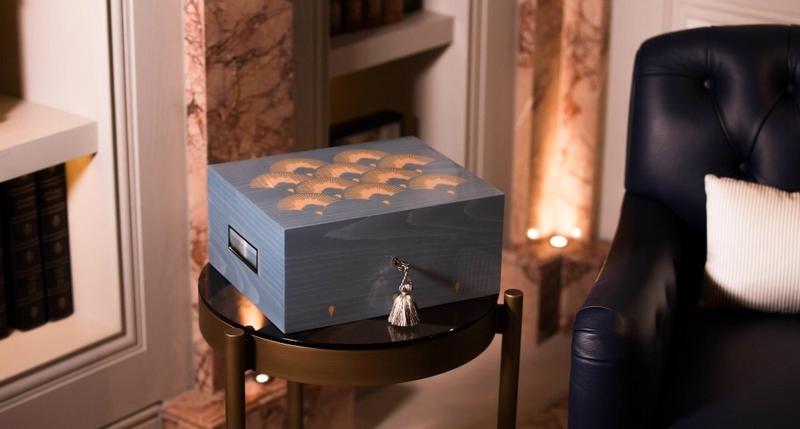 FINE: We know the Tea Humidor is a mixture of beauty and functionality. When trying to find a unique technical solution for the tea, do you want to share a part of the journey with us? Were there conflicts emerged between the ideal design and technical solution?

Asa Eriksson-Ahuja: We dedicated no less than four years to Research & Development in order to craft the ideal Tea Humidor, engaging a PhD from M.I.T. in America, alongside other expert technicians and advisors. We needed to ascertain which were the optimum materials and had to make some critical decisions. We had to find a way for the Tea Humidor to be both ergonomic and portable, so we opted for flush, built-in handles, and for light, durable, odour-free and ecologically sustainable woods. It is very important to us that every component is ethically sourced and environmentally friendly, and we use only recyclable materials. We also opted for highly polished stainless steel for the metal fittings and accessories, rather than silver (as these are easier to maintain and keep clean), and for hand-blown crystal rather than glass as the perfect material for containing tea. Another challenge was to ensure that the right humidity can circulate evenly throughout each crystal container - in time we arrived at the elegant and innovative solution of drilling air channels into the corners of each container. Our ground-breaking design presently has 2 international patents pending.

Functionality has always been paramount, and our designs have been built around this. But we have keenly sought - and achieved, I believe - a balanced complement of form and function. And we had the marvellous freedom of a "blank canvas" for the designs in wood marquetry that decorate the exterior of the humidor box. Here we have created a wide range of intricate and iconic motifs that are inspired by the great tea cultures (China, Japan, the Indian subcontinent, the Middle East, and the Euro-American Occident) to which our five Tea Humidor collections are dedicated. 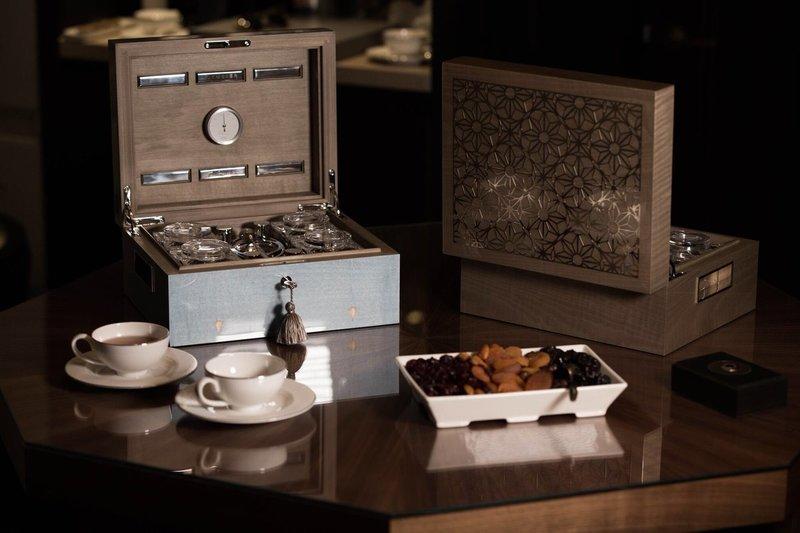 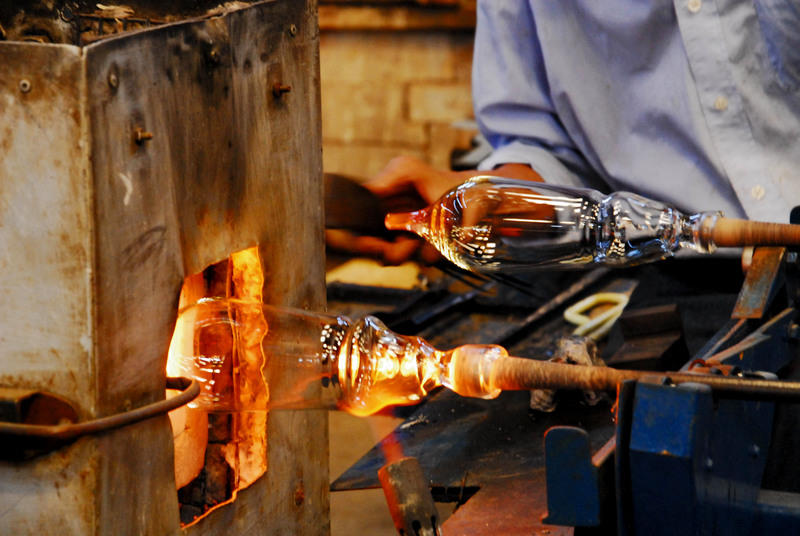 FINE: As a luxury product, what is the most special attribute you think the tea humidor has?

Asa Eriksson-Ahuja: The tea humidor orchestrates the work of a number of incredibly skilled master artisans, living embodiments of some of Europe's greatest and most longstanding traditions in hand craftsmanship. These include the crystal blowers of the Veneto region around Venice, the exquisite marquetry in wood for which Paris is renowned, the refined metal-work of Switzerland, and the precision-instrument makers of Germany. The humidor has a real practicality - it can be used daily, each time we take our tea, yet is also a highly decorative and beautifully designed piece of furniture and art. It is a functional objet d'art. 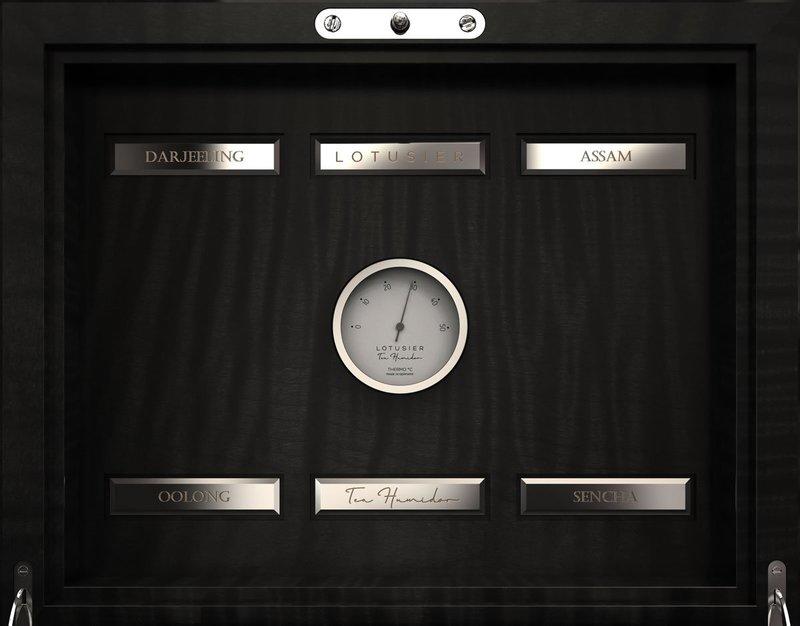 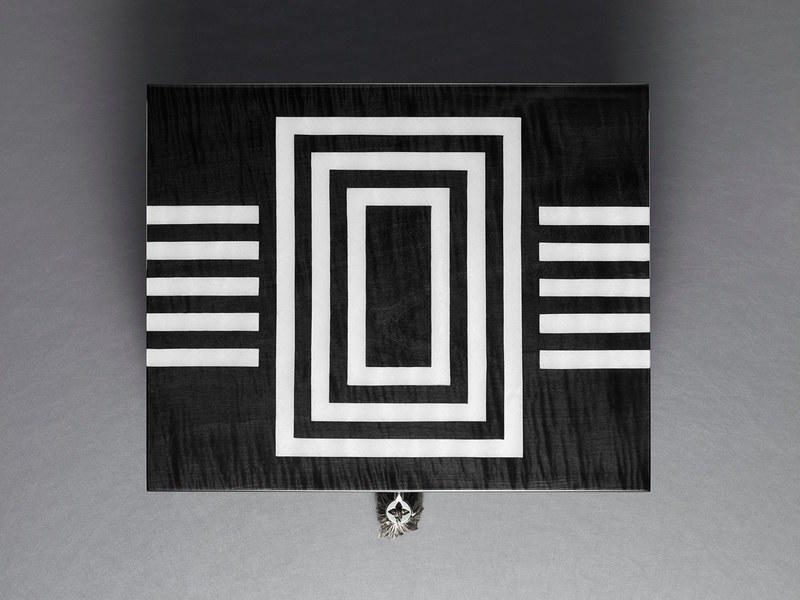 FINE: Do you have an image of the potential Chinese customer in your mind? Have you had Asian customers before and what's their feedback?

Asa Eriksson-Ahuja: China is the great birthplace of tea, where it has been cherished and richly cultivated for thousands of years. Our special pieces inspired by China's unique tea culture, the Cha Jing Collection, are named after the world's first and greatest treatise on tea ('The Classic of Tea'), which was composed by Lu Yu as far back as the 8th century AD. Hence, we perceive the potential Chinese customer as someone sophisticated, with a special love, and deep knowledge, of tea and a sense of its place in tradition and the family, along with a keen understanding of its exquisite qualities, flavours and benefits. Furthermore, the Chinese also appreciate beautifully conceived and meticulously crafted objects.

We have sold a number of tea humidors to Asian clients, and have also had a steady flow of orders for bespoke pieces from there. Our select and distinguished stockists have told us that the "end customer" in London, Paris or Vienna, for example, has often been Asian. Many of our customers have purchased multiple Tea Humidors, intended perhaps as gifts, or for multiple spaces (e.g. homes, offices, boats, planes) - something we consider the most positive and encouraging "feedback"! After all, customers "vote" through their patronage. And the great Yu Hui Tseng, one of the world's few, true Gong Fu tea masters (the only one who is female, and the sole one based outside Asia) - widely considered the foremost authority on tea - has been a major advocate of the Tea Humidor. 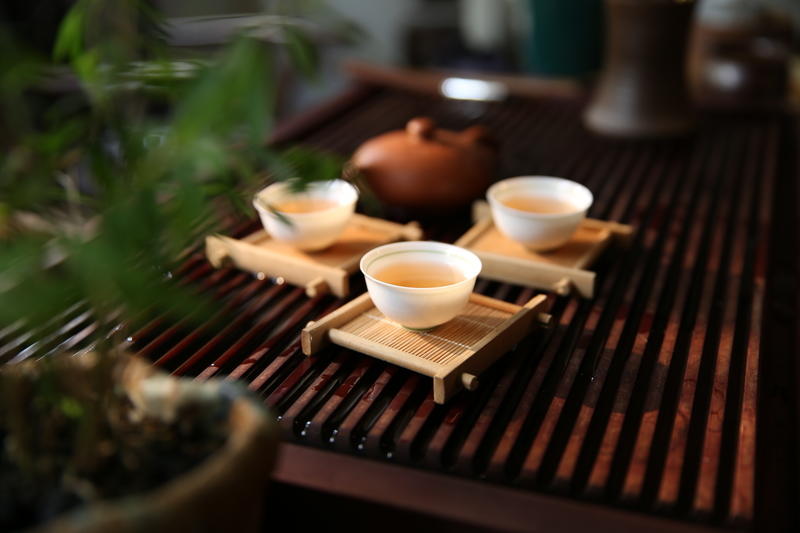 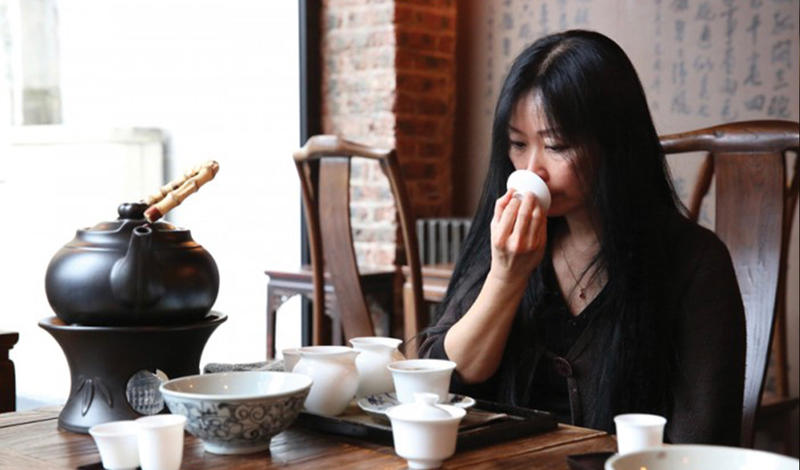 FINE: Will you develop a tea humidor that is adapted to the culture or functionality they need for the local Chinese clients? For example, Caky tea will be quite different to storage compare to loose tea.

Asa Eriksson-Ahuja: We are in the process of making a Tea Humidor that is specifically designed for puerh tea, whether this be in brick or cake form. As puerh tea is so highly prized in China, though of course also by connoisseurs globally, this will be aimed directly at the Chinese market. The puerh humidor will contain a specific internal design and configuration to accommodate either the rectangular or rounded shape of puerh tea. We consulted Yu Hui Tseng for guidance on designing the perfect knife for breaking and cutting the tea, as well as the tongs for lifting and gripping it. 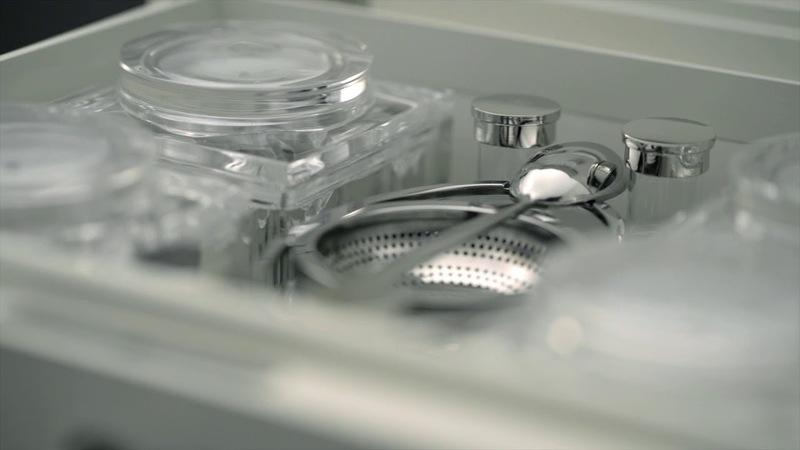 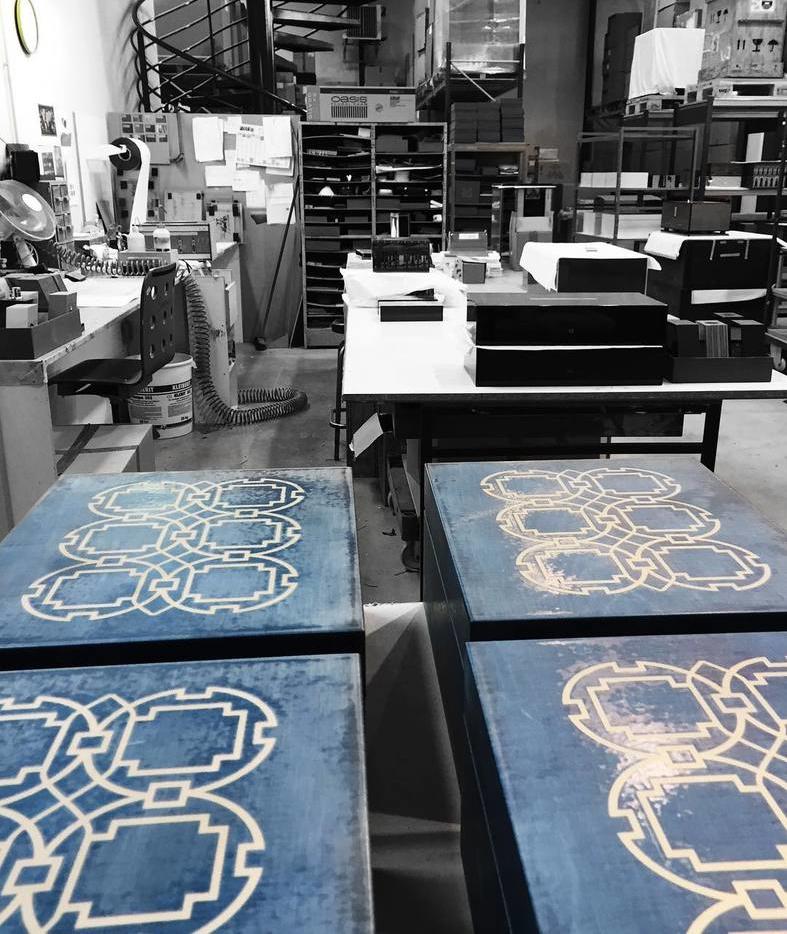 FINE: What does the word FINE means to you? Three words to describe FINE?

Asa Eriksson-Ahuja: For me, the word "fine" means something that is rarefied and sophisticated, the opposite of coarse, that is, something delicate, subtle, and of exquisite quality - like fine tea. In three words: exceptional, nuanced, distinguished, OR, to put it more simply: Lotusier Tea Humidor!