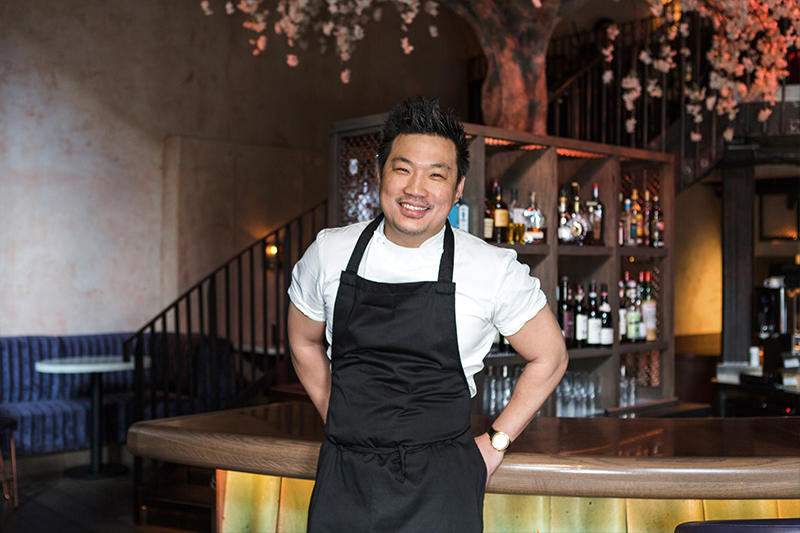 FINE: We are honoured to have you here today. Thanks for giving us this opportunity to get to know you more. OK. Could you briefly introduce yourself in one sentence?

Andrew Wong: My name is Andrew Wong; I am the chef of the restaurant A Wong and Kym's.

FINE: What is your typical daily routine in the kitchen?

Andrew Wong: My routine is very much straight and identical, when I come in, firstly I will make Shanghai Siu Loong Bun, which will take about half an hour, then I will make prawn dumplings and after that I will set up service, and check before dinner service. Then normally about 9:30 or 10:00, I will go to the other restaurant, have a check on them, see how they experience, about 11:30 I come back again make sure the kitchen has been cleaned properly, I will get home about 12:30. 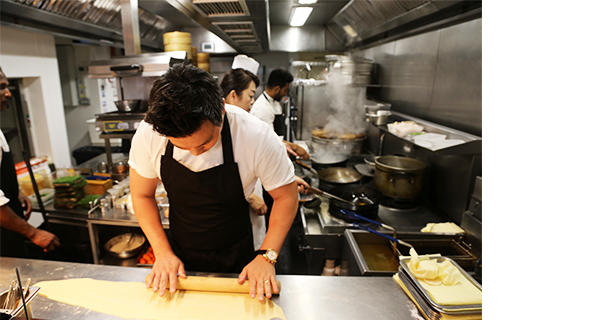 FINE: A Wong has been running for several years. What is the most successful point in your view?

Andrew Wong: I think the most important things about the restaurant is constantly involved. You know there are some restaurants they open and then 10 years later, they are pretty much the same. I think the important thing about A Wong is over 7 years the restaurant is continually changed. In my opinion, it improved over time. We are trying to improve things for ourselves, for our guests. Not only the food but the wines, the services, it's a constant evolution. You have to remember that time changes, so what we want and what our guest expect 7 years ago is different to the same things today, so it's important to know that we are constantly listening, learning and challenging ourselves. For ourselves and the guests. 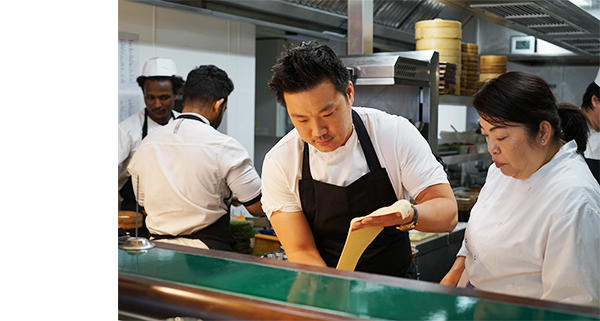 FINE: You have an LSE degree in anthropology and you somehow utilize that in your cooking. Could you please share how did you do that?

Andrew Wong: I do have a degree in anthropology, I am probably studying more anthropology now than I did at university. We work with anthropology, and that is the best thing to do. I know a little bit about anthropology, but among who we work knows a lot about anthropology and especially Chinese food anthropology. It is a massive field, as anthropology encompasses sociology, social economics and basic geography. What she specialises is specifically in Chinese food anthropology. She has brought a lot the knowledge to us. If you asked about British history, I can't tell you very much, I can name a few Prime Ministers, dynasties, some names in the World War, few big stories that happen in the Chinese history. Actually, very few people have knowledge in depth of so much history over 5000 years documents of the Chinese history. So you need to have a specialist be able to guide you in finding the right part which may be your interest. 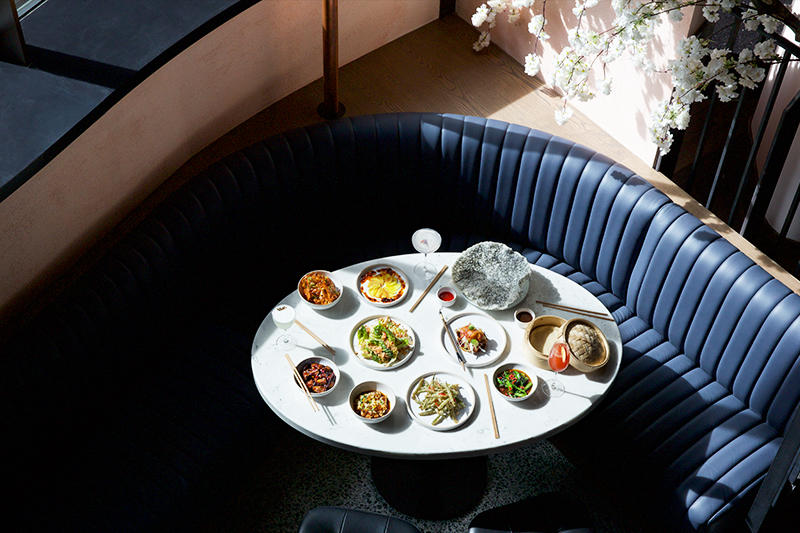 FINE: Please tell us about the work you do with Food Anthropologist and PhD Researcher Mukta Das?

Andrew Wong: It's quite relaxed, she has a specific focus, she is a Doctor in Chinese food anthropology and what she can offer us is that she can tell us about the 5000 years old Chinese history, she can link in Chinese history, poetry, and archaeology, what we can bring to her is that we can give her things we create which give her reality to what she studies, so a lot of people who study things they don't really know what it actually looks like and tastes like. I can function as a chef and we have six or seven techniques we have ingredients and we just have to cook things. But she as she studies it as an as academia, so she doesn't necessarily tastings where I can bring her ideas of what I think. she studies might taste like. She gave me recipe that people took out from the forbidden city, for example smoked duck and birds nest, but because we want to be creative as well, so it's kind of all originating form that texts that she sends us.

FINE: Could you briefly talk about how you develop a menu? What is your creative process?

Andrew Wong: The menu in Awong is divided into three things. Number one, in the morning we only served Dimsum, that's based on some cultures, in 2019 now economics is driving restaurants to the point where Dimsum is no longer a morning brunch thing, it is turning into an all-day thing, but obviously historically Dimsum was a morning to mid-afternoon eat. The reason why I address Dimsum is that historically there are about two thousand documented Dimsum, but across the world you only see a probably about fifty or sixty, and what will be doing what we do is we're trying to get the guest to begin to ask questions about that part of history, or that picture that we're trying to paint. And dinner time we have two aspects, number one we have a taste of China where is about 18 bites - 18 small courses, and each course is designed to be a celebration over a particular part of China. I travelled a lot to get to know the flavour profiles that exist in China today. So we want to give the guests an overall understanding of China as a whole, I always try different techniques through different ingredients. 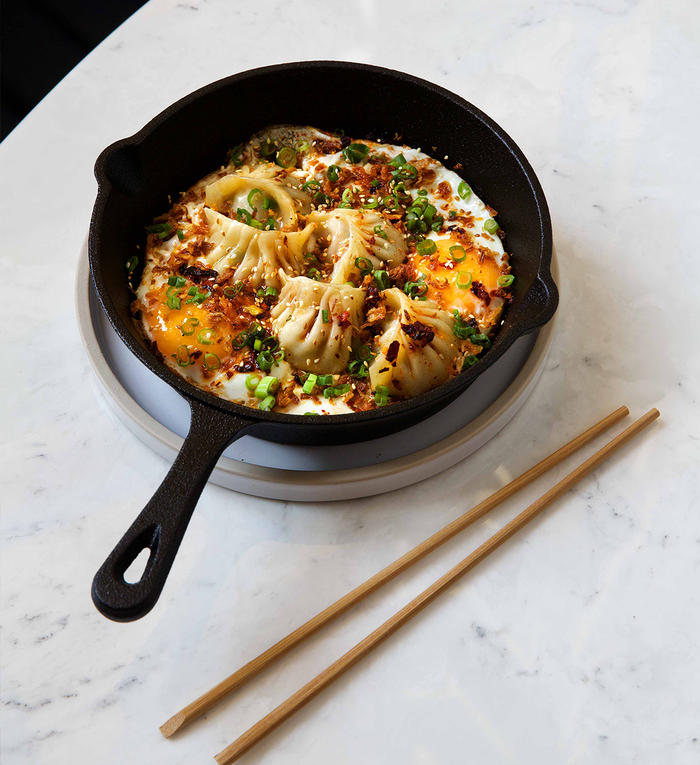 FINE: We heard you once explored China in order to get a deeper understanding of the cuisine and refine your cooking skills. Are there any interesting story you would like to share?

Andrew Wong: I think the biggest thing when going around in China is that it's a massive miscommunication to say I'm going to China and you really have to be a little bit more specific and I am always guilty of this truth. In the sense that you have to divide china up into lots of little different areas, and it's not even just about provinces, and it's not even about one of the eight gastronomic properties that exist. it's about lots of small little pockets of not only people, of culture, of foods that exist within a city or within a province. There's still a very strong identity that exists within each area of what the local food is and that will change over time, but at any moment in time there is a snapshot which really encapsulates what that city or that place was about, and their local food and it is important to say that it is time-dependent. So if I went to Beijing 25 years ago, the local food actually would be very different from what local food is now. So what we did, we change things all the time, that's what cooks do. 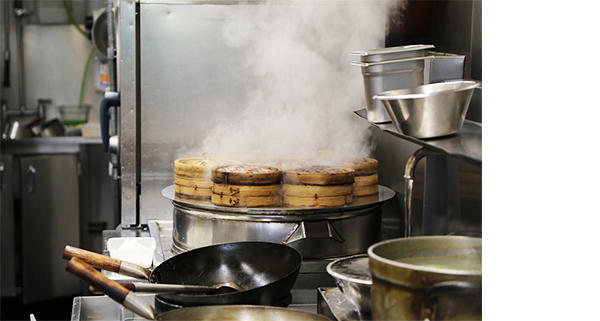 FINE: How do you differentiate contemporary Chinese from traditional Chinese? Where do you place A.wong in varieties of London food destinations?

Andrew Wong: I think actually this is completely dependent on the client. Because historically speaking, if you look at Chinese food, if you go to the forbidden city the emperor might have had 999 dishes, but those dishes are not massively different through the person who is ten ranks down. It's not like one of them has decorations, gold and jade all over it. There's this idea like in European aristocracy, if you're the king, you eat food that looks completely different from someone who is a farmer. But in China and Chinese food, the way it is eaten culturally and historically at mealtimes are prepared in the wind in the way that a proposed the way that Chinese eat. I'd say this Chinese it's a massive misnomer people really misconstrued they think that it means that you have to have a white tablecloth for all anything that you have to have someone serving things for you, it is absolutely not that in my opinion. And you know that there are certain dishes which people associate with would be an appeal slightly high, for example, that is kind of normally associated with probably one of the five dishes within the Chinese repertoire, but that isn't because necessary. We have a lot of Chinese guests who come to the restaurant and I think a lot of time they associate in their mind that if something is fine dining, it needs to be more European. I don't think that everything has to be individually plated. Fine dining to me is something that was constantly changing. 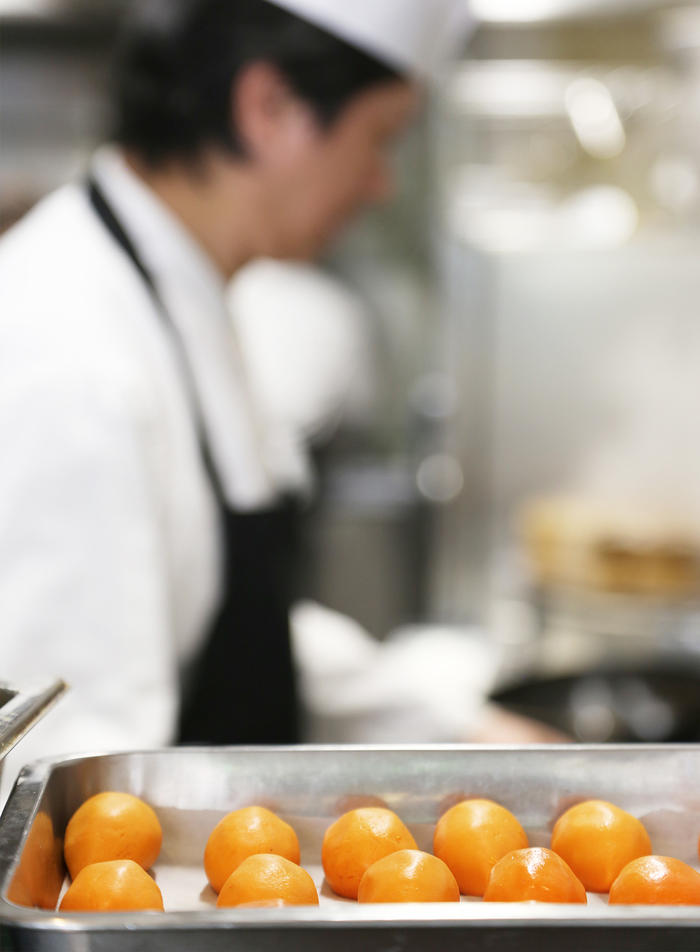 FINE: Do you pay extra attention on environmentally friendly during the cooking? What do you think about the pesudo meat meal?

Andrew Wong: I think the job of a chef following primarily is to use what is available to us and use it to the best of our ability to create something delicious. Sustainability is obviously important for the greater good of all chefs, and that if we don't pay attention to it, there will be available ingredients left, so it is important, but we live in a global world now and shortages of one thing in UK waters doesn't mean that shortage exists throughout the whole of the world, and I think sometimes as a chef we have to be mindful that sustainability is also geographical location-specific, it doesn't always think that a picture of the world as a whole. I think sometimes I could be helping sustainability in the UK, but actually I try to back very accurately by looking after sustainability in one place, I could be actually in there like not looking to sustainability in another place, that is the reality of it. Sometimes people misconstrued by just calling this sustainability. For example, the whole idea of mock meat it's Chinese really originates this, so it dates back to about 1 AD. when Buddhism entered China through the silk road from India became into China to Dunhuang and spread from there. There is a lot of Buddhist temples that exist in the world and so this idea of all of making meat that originates from them. We are the absolute originators of doing practice, announced become a global phenomenon, because as a food culture.

FINE: You just opened a new restaurant Kym's. What is the main difference between Kym's and A Wong?

Andrew Wong: The major difference is the fact that Kym's specializes in a very specific part of the Chinese kitchen - in Cantonese Siumai. I am in A Wong for doing Dimsum in the morning, and regional specific dishes in New York. But Kym's very much focused around the ancient art of roasting and it's got a small menu, the idea behind the vibe with that restaurant is kind of relaxed, there are no formalities, you go in just chill out, make a lot of noise, and enjoy yourself. It's wonderful and more about sharing.

FINE: Can you please talk us through the history of Chinese Roasted meats and why you wanted to open a restaurant focusing on them?

Andrew Wong: A few years ago I saw a painting on a wall in a cave in China of a picture showing the people roasting meat about 2000 years ago, showing the chef with a long stick, said very similar to the way that they may be doing in Beijing even now. I spent about 6 to 7 years trying to look into the different ways that different people may be doing that and it's highly technical. Sometimes Chinese don't really appreciate how technical some of those dishes are. Why I want to do a restaurant is to celebrate that art of cooking. 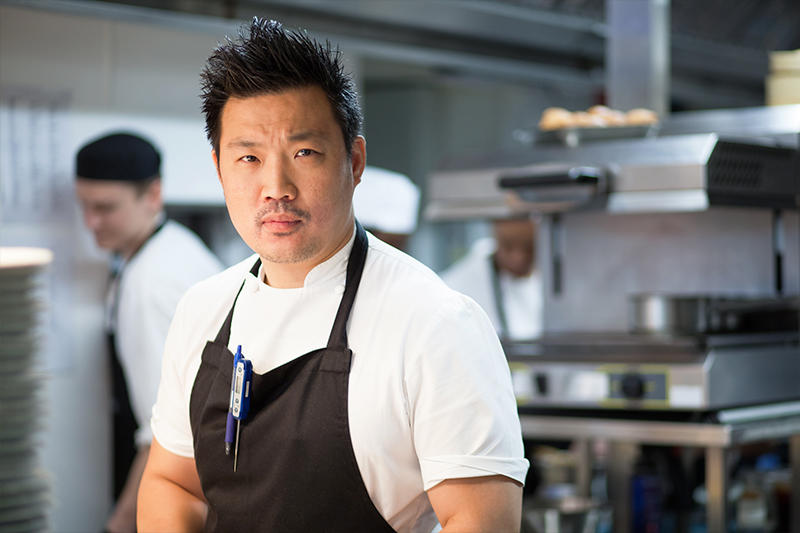 FINE: What does the word FINE means to you? Three words to describe FINE.