David started his first workshop above a chip shop in Dorking. Despite the company's humble beginnings, David's aim then is what still drives LINLEY today - designing and manufacturing furniture of the highest quality.

"Working with the individual taste of each client is what makes every project different and interesting. What is important is how we interpret their style, creating an intelligent design which will ultimately better" -- David Linley

Designed for Masterpiece 2017, The Cassiopeia Screen explores the possibilities between the two, so our designers devised a screen with three panels that rotate between fixed engineered brushed brass and polished aluminium supports.

On one side of the screen is an interpretation, in marquetry, of a reclining nude by British artist Jonathan Yeo. The figure is based on one of his earliest nude paintings, 'Scarlett (Cassiopeia Study)', 1999. The fragmented style, often used in Yeo's paintings, lends itself well to different mediums such as collage, which in this case has been translated into marquetry. 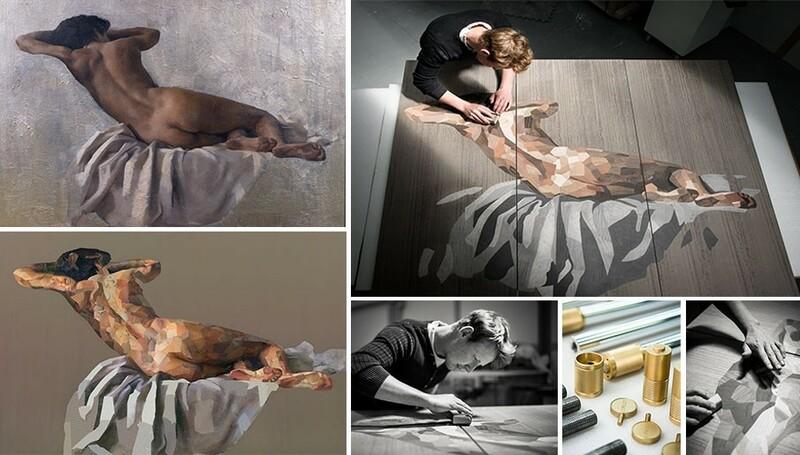 It is the first time Yeo has collaborated on a piece of furniture and a further evolution into original designs will appear later this year. The other side of the screen, which is clad in claret Connolly leather, is laid out as a valet on two of the panels, with a brushed brass and polished aluminium coat hook and hanger, a glass mirror and walnut accessory tray. Acting as a bar, the third panel has shelves with polished aluminium gallery rails for holding crystal glasses and decanters. 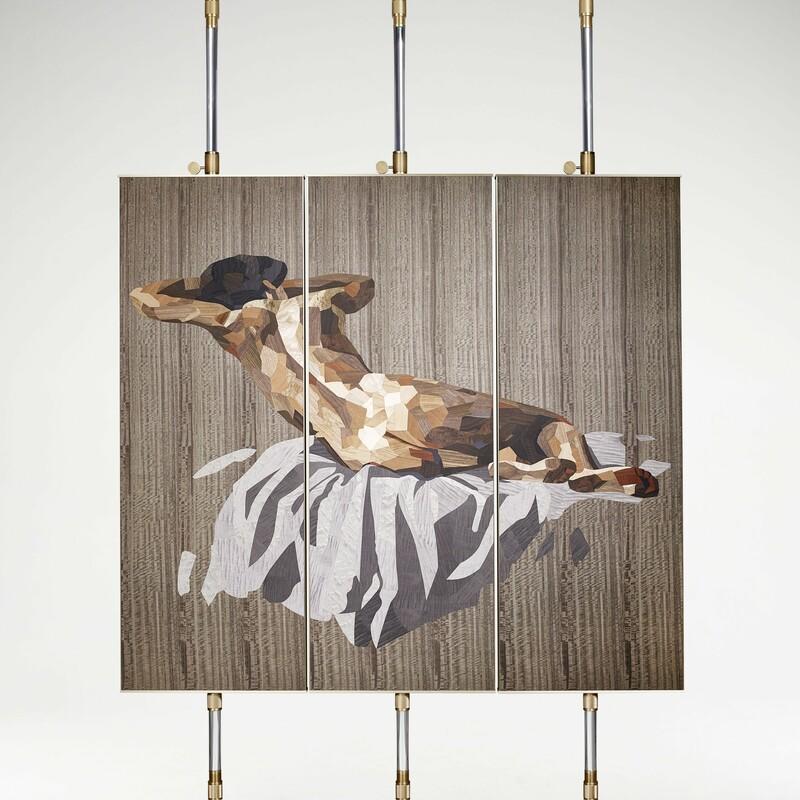 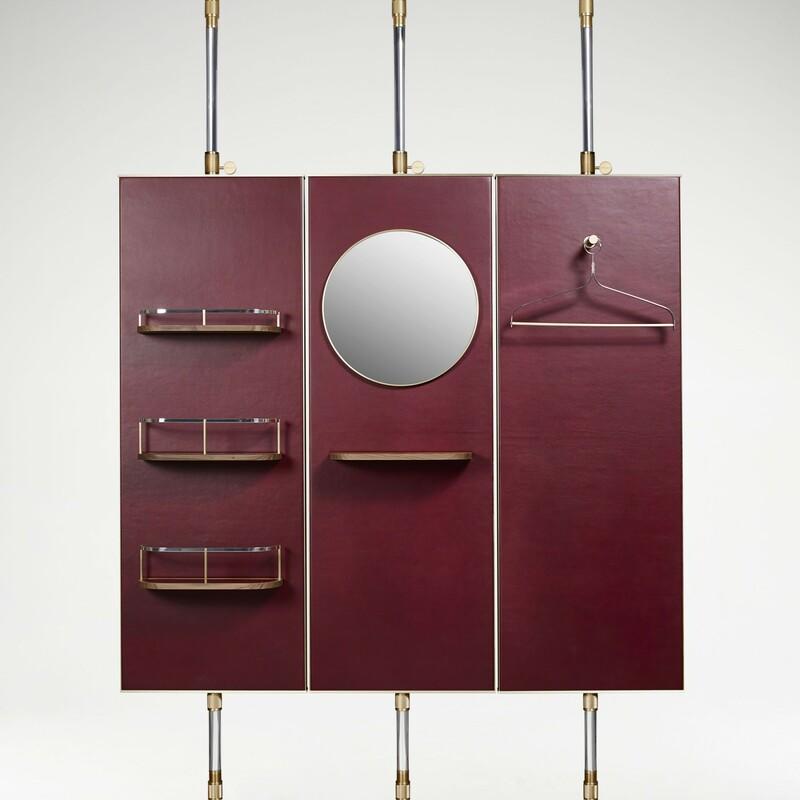 Drinking, Smoking and Gambling - Specially designed for the individual who enjoys combining a casual drink with a game of poker whilst indulging in a fine cigar, the Vice Box has been carefully crafted in walnut by a skilled LINLEY craftsmen. Surrounding the box is a marquetry depiction of playing card suit that has been created in ripple walnut, straight walnut and sycamore. The box is lined with a hand-dyed red bolivar veneer and includes a Trafalgar whisky decanter; four Trafalgar curved whisky tumblers, a holder with 300 11g clay chips, two packs of LINLEY branded playing cards, cigar cutter and holder for twelve cigars. 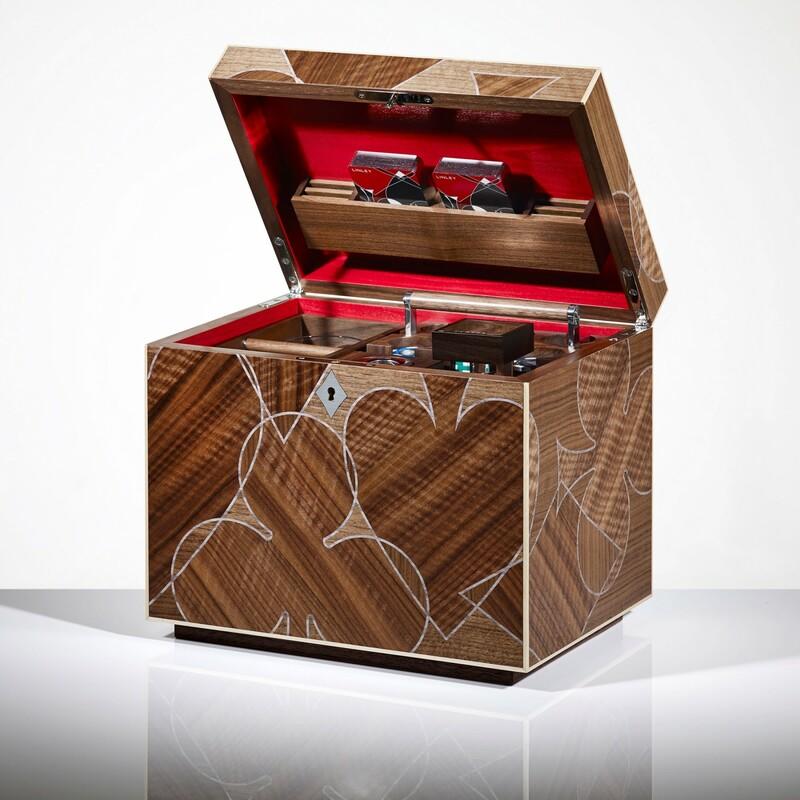 The Girih Cabinet explores Islamic pattern through detailed wooden marquetry in brilliant sapphire blue and rich gold tones. The chest is cradled by a metal base crafted with a brushed brass finish with a glass eglomisé panel at the base. 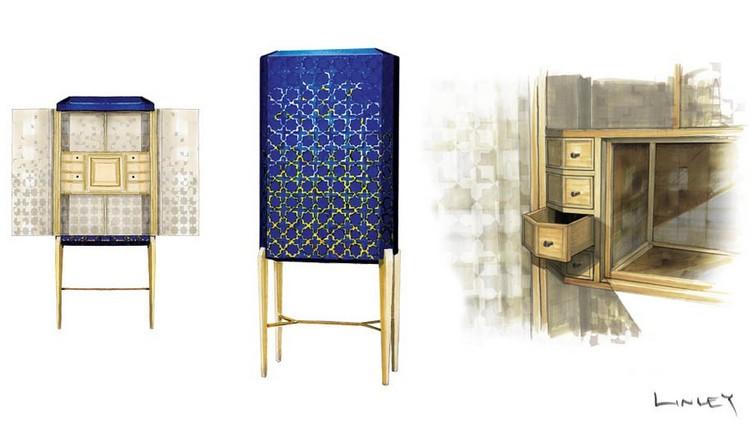 At the centre of the design lies an eight-pointed star, taken from a beautiful mosaic tile pattern that caught the eye of LINLEY Founder and Chairman David Linley on a visit to Doha. 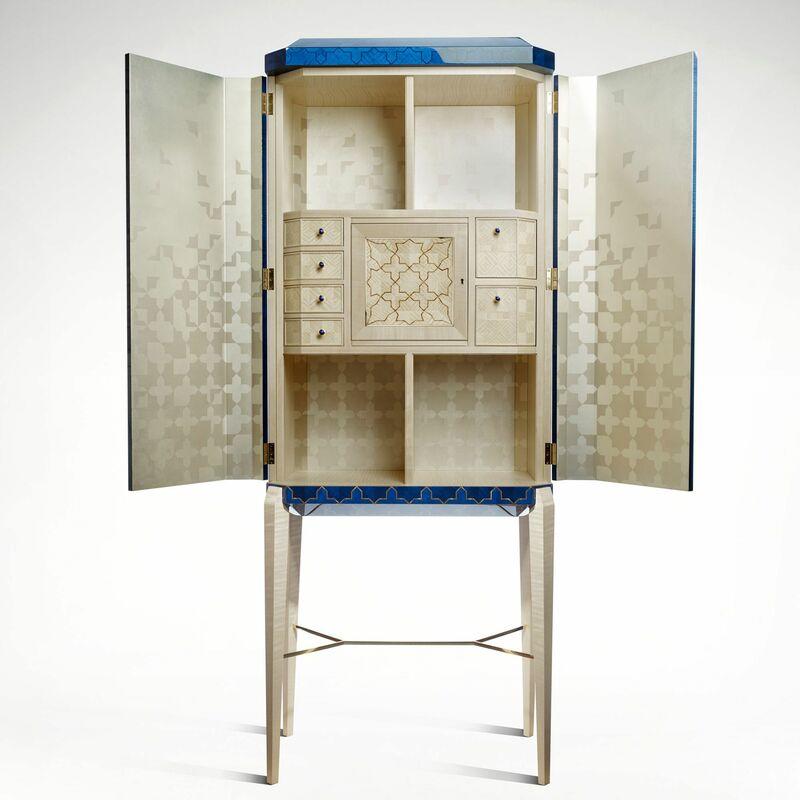 Newly upholstered in feminine balsam pink leather from leather specialists, Whistler Leather is the Astonette Chair the Astonette Chair has become an iconic LINLEY piece, instantly recognisable by its voluptuous curved form. Its compound curves are moulded in the same way in which a car seat is formed around the body, to ensure maximum comfort and relaxation. This ladies version of the chair - the Astonette - is available with slightly reduced proportions, as well as a corresponding footstool for each size. 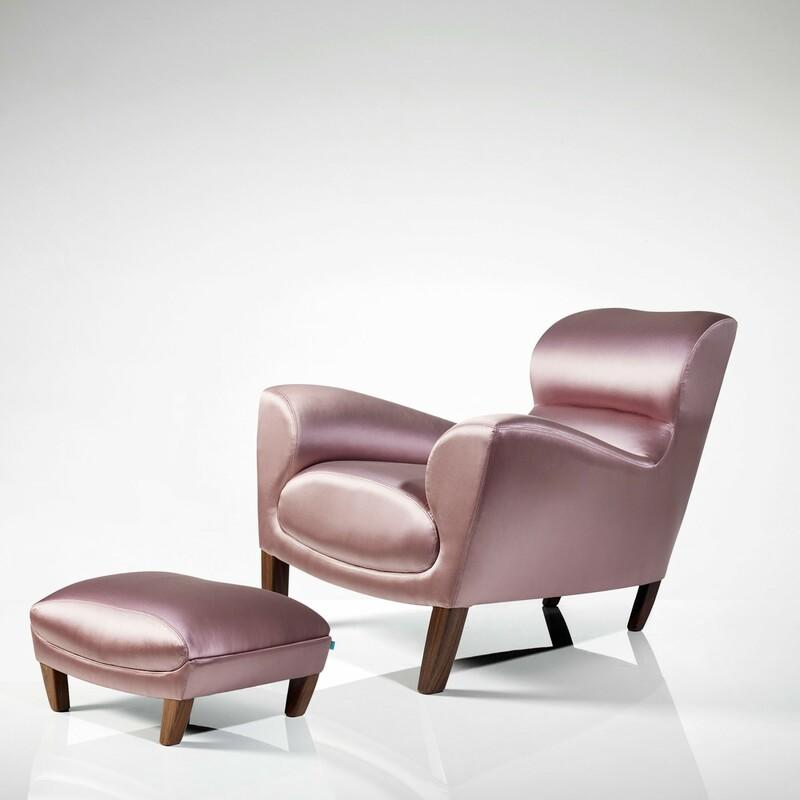 LINLEY's style is elegant and eclectic creating unique schemes renowned for their craftsmanship and detailing. The LINLEY ethos is liveable luxury, providing interior design with longevity. 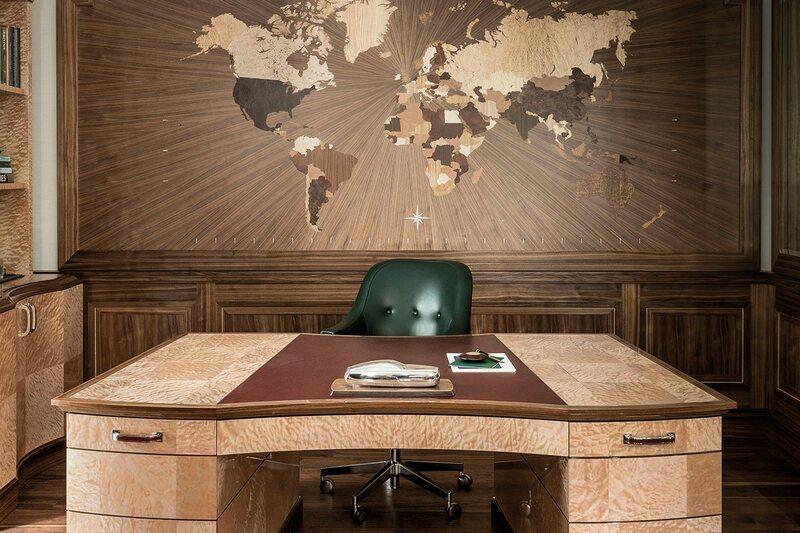